TOP-IX between BIG DIVE and the Big Data Value Association

TOP-IX between BIG DIVE and the Big Data Value Association

BIG DIVE is in the middle of its journey. The intensive training program about Data Science, Machine and Deep Learning, Data Visualization and Data Engineering is preparing to face the last two modules of the 2020 edition. Meanwhile, TOP-IX applied to become part of the Big Data Value Association (BDVA). 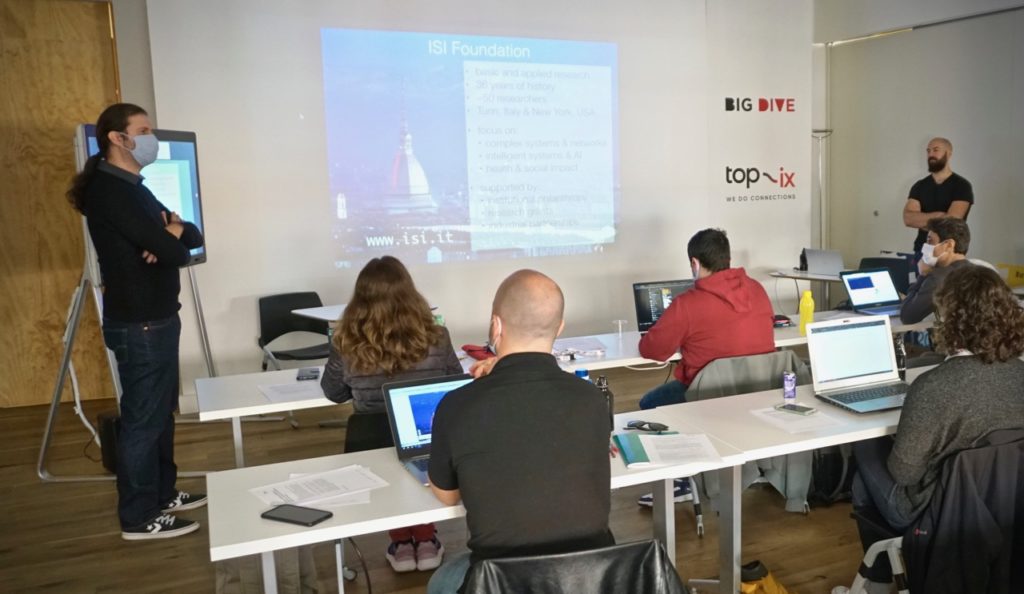 BIG DIVE main novelty has been the splitting of the course into four training modules, which replace the four consecutive full time weeks, that was the common feature in the previous eight editions. The new format has been appreciated by Divers. It allowed them to approach “step by step” the different topics of the constantly increasing Big Data theme, and to enter the program with different background and knowledge levels.

The BIG DIVE traveling companions were the same from beginning and as usual they contributed to the organization of the course. In addition to the TOP-IX consortium, Axant, the ISI Foundation and TODO are part of the team. We also confirmed the presence (someone in presence and others remotely) of guest lecturers, who brought their proven on-field experience to enrich the path of Divers.

Module 1 (“From Zero to Data Science with Python”), held on September, was taught by the TOP-IX team and covered the Python programming and Data Science, from the initial data explorations to the creation of data-driven projects. We hosted two lectures: “Geopandas and Geospatial data” by Maurizio Napolitano from the Bruno Kessler Foundation, “TimeSeries and KNIME”, curated by Daniele Tonini, partner in Target Research. 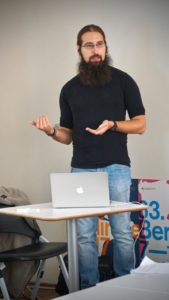 Module 2, organized in mid-October, was an intensive five- days deep on Machine and Deep Learning with a focus on computer vision. ISI Foundation researchers (Alan Perotti and Adnrè Panisson) were the resident teachers and we had three external lectures.
Alberto Danese, Head of Data Science at Nexi and Kaggle Grandmaster, spoke about the interpretability of Machine Learning models and shared his experience on the Kaggle platform, an online community of data scientists and Machine learning professionals based on challenges and awards promoted by international companies and organizations.
Marco Aldinucci and Iacopo Colonnelli, from the Computer Science Department at Università degli Studi di Torino, explored the connections between Machine Learning, Deep Learning and High Performance Computing and Cloud, based on the experience gained with academic research and with the HPC4AI project. Finally, Matteo Giaretti, senior data scientist at Glovo and ex-diver, after talking about machine learning processes in Glovo, offered a detailed excursus on the forecasting capabilities of yesterday, today and tomorrow, with specific reference to the world of Time Series (series historical data).

A total of 15 Divers took part in the first two modules, which rise to 22 considering who have enrolled in the third and fourth modules (the registrations are still open). Someone chose to participate in a single module, some others have picked modules according to their needs and someone decided to follow all the four modules. 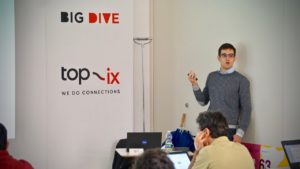 The average age of the Divers is 33, the citizenship is predominantly Italian, except for a Cameroonian participant living here in Turin: on this side the health emergency had a strong impact by limiting international participation. In the first two modules, the divers followed the lessons mostly in presence, with the exception of one participant in Module 2.
Based on Covid-19 security rules and the evolution of the infections, we will decide whether the third and fourth modules will take place in the classroom or through video conference. In both cases, the training system is solid as well as the available teaching tools.

Module 3 will be held starting from November 16th and will focus on the theme “Communicating and Visualizing Data”. The resident teacher will be Fabio Franchino from TODO; guest lecture has been already confirmed: Matteo Moretti, co-founder at Sheldon Studio. BIG DIVE 2020 will close with Module 4, “Deep Dive into Data Engineering”, scheduled from November 30th to December 4th.

For modules three and four, registrations are still open (here the form).

To strengthen its role in the Big Data, Data Science and Data Engineering sector, the TOP-IX Consortium has recently applied to become part of the Big Data Value Association (BDVA), formed by a balanced mix of industries of large, small and medium-sized, which represents the private counterpart of the European Commission for the implementation of the Big Data Value PPP program.
In this way, TOP-IX places itself in a key role in the Turin scenario, where the Italian Institute for Artificial Intelligence (I3A) will be located.

TOP-IX in Bruxelles: Trusted policy-making in the digital era