The Euro-IX 2020 Report aims at give an overview of the current status of IXP deployment in Europe including.

The number of operational IXPs in Europe has increased by 87.5% over the past 10 years, going from 136 in 2010, to 255 in 2020. 2020 saw significant growth for IXPs, partially due to the number of IXPs added to the IXPDB, indicating better reporting of active IXPs (the growth of 52 IXPs in 2020 includes both newly established IXPs but also IXPs that were only identified by Euro-IX in 2020). 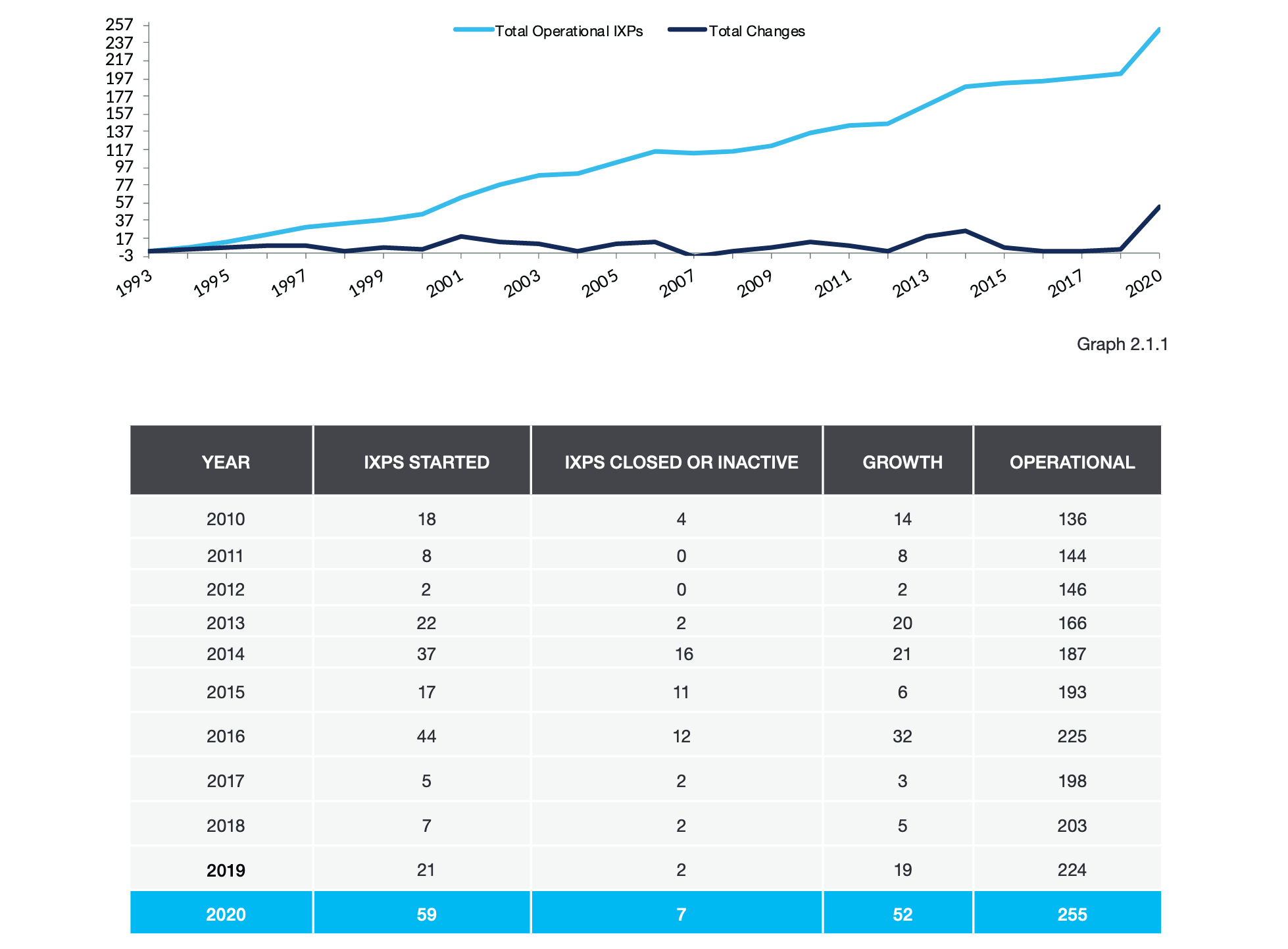 Traffic growth in the last 10 years

The average number of IXPs we collected data from was 56. These include Euro-IX members and “sub-members”, i.e. other IXPs or PoPs operated by our members in Europe.

As clearly visible from the second diagram, the growth in traffic peaks has been constant over the past 10 years and has seen a significant surge since 2016. 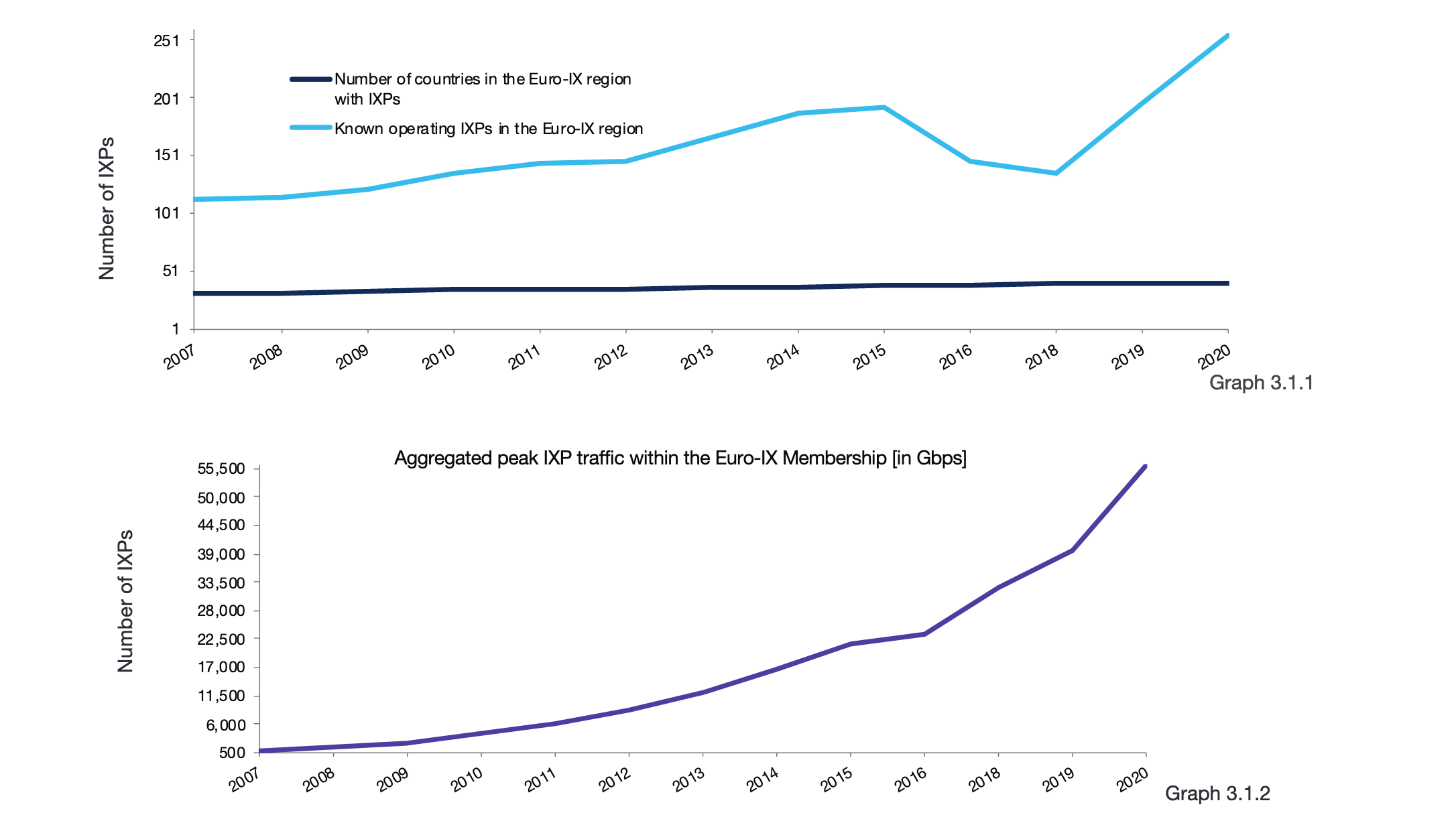 The report can be read here.