In addition to fundamental IP interconnection with public peering VLAN (1), TOP-IX, since the beginning, has allowed private agreements to allow IP Transit (2) with dedicated public peering VLANs set up on two member ports (member that is selling and other that is buying). 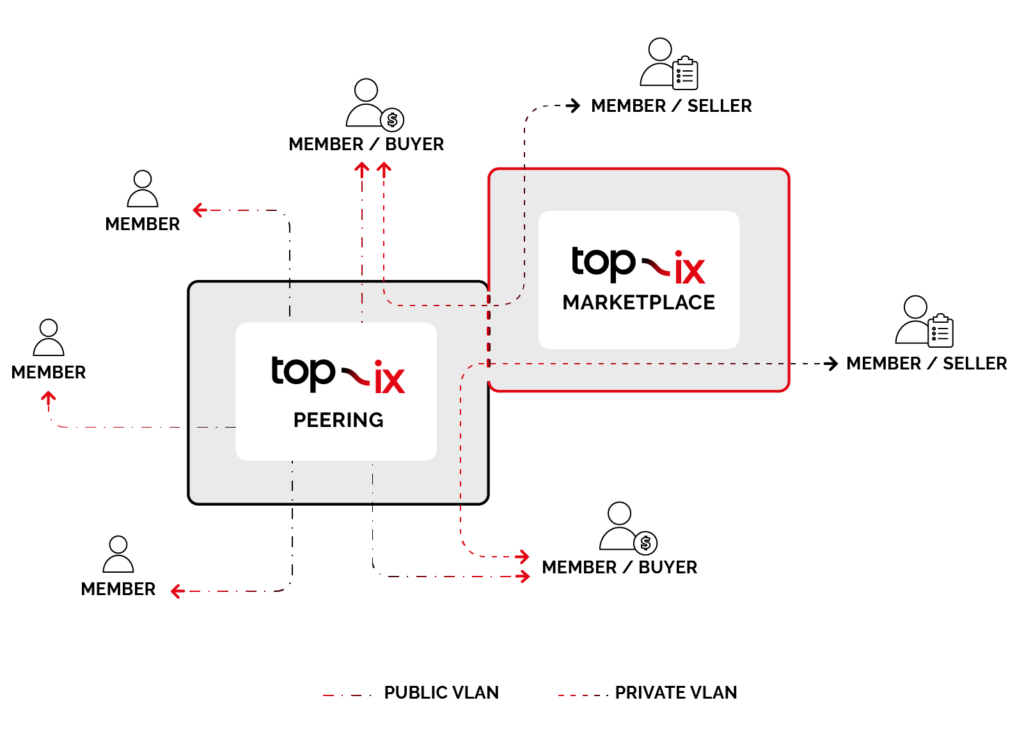 Over time, the interconnection market has evolved and new services have arise

Being a Consortium, services are offered within TOP-IX membership.

TOP-IX infrastructure allows, through private VLAN, the link between those who offer and those who buy the service, acting as a mere technology intermediary. As in IP Transit, in fact, the contract is between the consortium members, without any intervention by the operating structure, except for the configuration of the appropriate VLAN and ports. Members are free to choose whether to sell / buy the services of a single port (suitably dimensioned) or on different ports.

List of services available on the TOP-IX Marketplace (to be added as a service provider, please write to sales@top-ix.org).

Services offered by TOP-IX members on Marketplace are also available on ServiceDB.

Terminology
(1) Peering is a voluntary interconnection of administratively separate Internet networks (ASNs) for the purpose of exchanging traffic between the users of each network. The pure definition of peering is settlement-free, “bill-and-keep,” or “sender keeps all,” meaning that neither party pays the other in association with the exchange of traffic; instead, each derives and retains revenue from its own customers;
(2) Internet transit is the service of allowing network traffic to cross or “transit” another network, usually used to connect a smaller Internet service provider (ISP) to the larger Internet. Technically, it consists of two bundled services: